Presence sensors are mainly used for commercial and residential applications for the conservation of energy. Different manufacturers have different models such as wall mounted, ceiling mounted etc. These are often confused with motion sensors, however, are slightly different in operating principles. These are also part of home automation systems and can be integrated through dedicated protocols such as KNX, Modbus, LonWorks etc.

Presence sensors operate if any human beings are present in the area being monitored. The term occupancy sensor is also used for the 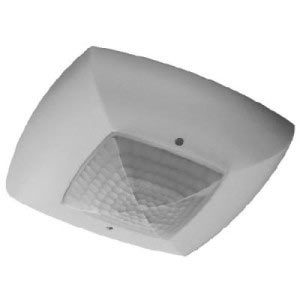 same which means that the sensor operates if the area is occupied by someone. Outdoor and indoor models are available with different ingress protection levels. The device generates a switching action of electric circuits if a presence is detected.

How presence sensor based products work?

Presence detectors are not detecting any movement, but only checking whether a human being or other living beings are present in the area. The presence will be detected even if the person is completely idle without any movement. The principle utilised is that every living body generates a temperature on its own body. This heat is detected by the presence detector and as long as such a presence is detected, the associated switching circuit will remain in on condition. When the presence is not detected, the circuit will be switched off.

Passive Infrared sensors are the most commonly used presence detectors. These are also known as PIR sensors. These are called passive because the device is not generating infrared rays. Instead, it is detecting the heat generated by the human body. Even though 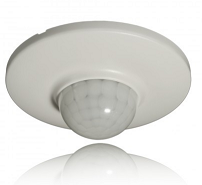 the most common application is to detect human beings, it will detect any living being such as a dog, cats, bird etc. and it will not be able to distinguish between any of them. PIR sensors are combined by certain manufacturers with other sensing technologies such as ultrasonic sensors for higher precision, thus detecting a combination of motion and presence.

In our separate page on motion sensors we have given an example of utilisation of motion sensor in a corridor. If any person comes out into the corridor, the motion sensor will be activated and thus it’s associated lights in the corridor. However, if the person stops walking and decides to stand in the corridor without any movement, the motion sensor will switch off the electric circuit after the programmed delay period because it did not detect any motion. If the person moves his hand slightly, the lights will be turned on again because a motion is detected. However, if a presence detector was used instead of the motion sensor, the electric circuit will not be turned off, since it detects that a human being is standing in its range of vicinity irrespective of his movements.

In a library with a small number of people, the readers will be sitting idle and reading books without any movements. In such a case it is better to use a presence detector. For a large library with a huge number of occupants, the probability of all them being idle for a couple of minutes may be possible but remote. As occupancy sensors are costlier than motion sensors, the selection process will involve cost implications.

Typical applications include the following:
Libraries – the readers will be sitting idle for long times and hence motion sensors may not be preferred.
Classrooms – Especially smaller classrooms will have students idle for some time and hence occupancy sensors are preferred. 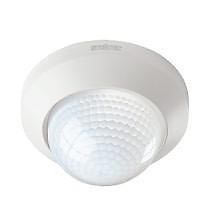 Restrooms – obviously the occupants will be idle for a long time
Washrooms – if the occupant is idle for some time, a motion sensor will turn off the lights scaring the occupant. Hence an occupancy sensor is preferred

How to select Presence sensors?

For proper selection please consider answers to following queries
Is the installation required for indoor or outdoor applications?
How big is the area to be monitored including length, width and height? These details are required to select suitable models. The area of coverage is a major factor for selecting a model
What are the connected electrical loads to be controlled such as Air conditioner, normal lights, LED lights, fluorescent lights etc?
What is the nature of the area and frequency of movements expected?
Whether you want ceiling mounted sensor or wall mounted sensor?
What is the degree of coverage? Eg. a 360 Degree sensor mounted in the centre of a room will monitor around all corners of the room.

The presence sensors are known by various name around the world. The terminology is evolved around words presence and switch. Few of the commonly used terms are listed here: