How to select a Temperature Sensor 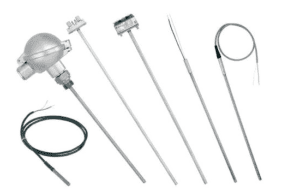 Major technical parameters for selection of such sensors are a range of temperature to be measured, accuracy of measurement, response time, type of output signals etc. Such temperature sensors are being supplied for critical applications such as cold rooms, medical refrigerators, nitrogen tank, cryogenic systems, warehouses, oil pipes, furnaces, ovens etc.

Temperature is the most measured parameter in the world and hence have numerous types of sensors to measure temperature.The classifications are based on their operation principle, the range of measurement etc.

Few of different types of temperature sensors are: 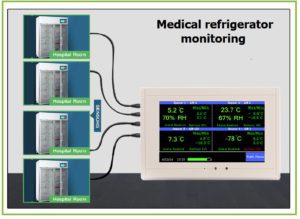 The main principle of temperature sensors is that the resistance of an electric conductor varies with respect to the temperature. Thus by measuring the changes in resultant current, the temperature can be measured.
These are one of the most elementary sensors and probably the first generation of sensors across the entire category of sensors. Measurement and monitoring of temperature is a basic requirement in various industrial, commercial and residential applications. Temperature sensors are available from -200 °C onwards to 1600 Degree Centigrade. Even though there is no clear cut definition, as part of environment sensors, the range may be defined to be limited to approximately -50 °C to +70 Degree Centigrade (-58 °F to 158 Degree Fahrenheit) The rest of the range will be more useful in the industrial segment.
Sensors in this measurement range usually use direct element sensor which produces a variation in electric current in proportion to the temperature. 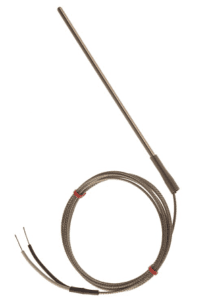 We supply a wide variety of temperature recording and monitoring system for the following applications.

The major features of our systems are as below:

Heat sensors are basically a higher version of temperature sensors for industrial purposes especially for measuring high temperature. The heat can be generally defined as anything upwards from 50 Degree Centigrade (122 °F) up to a maximum of around 2400 Deg C (4352 °F). The higher the temperature, the heat sensor becomes more complicated since the sensor itself shouldn’t get damaged at higher temperatures. For higher temperatures, thermocouples and special of pt100 sensors are used to measure the temperature. Please see our separate session on the pt100 sensor in this page. For a heat sensor to measure 2400 Deg C, a thermocouple of Tungsten Rhenium combination is used.