Proximity sensors are devices that detect the presence, absence, or position of an object. These sensors typically work by detecting a change in a physical property in their vicinity, and not by actually touching the object. 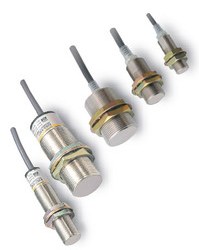 Compared to mechanical switches, sensors that do not contain moving parts and do not touch objects have long lifetimes. Proximity sensors are devices that detect changes in distance. Some sensors detect changes as small as single micrometers. Vehicle detectors embedded in the pavement have a range of at least 1 foot; and radar proximity fuses on bombs and missiles typically have a range of 30 feet.

Proximity sensors work by using all sorts of physical phenomena including light, sound, infrared, magnetic fields, electric fields and electromagnetic radiation. There are proximity sensors that detect a nearby object by changes in the capacitance of the circuit. Other sensors detect liquid flow by detecting doppler effects using light or ultrasound. Eddy currents are used to sense vibrations measured in thousands of an inch. Inductive sensors are used to detect the presence of vehicles. Inductive proximity sensors also are used to detect metallic objects in automatic machinery applications. Hall-effect sensors are sensitive to magnetic fields. Ultrasonic distance sensors time the delay between sending a ping and receiving the echoed ping. Infrared distance sensors measure the angle of the reflected beam to determine distance. Passive infrared detectors can detect the heat given off by people. 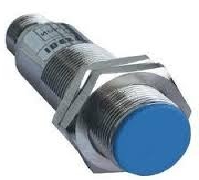 Automatic faucets and toilet flushing valves using proximity sensors reduce hand contamination because the user need not touch any surface. Automatic machinery contains sensors to count, detect, orient and position product. Blind spot and parking sensors are used to alert drivers to vehicles in their blind spots and facilitate automatically parking vehicles. Occupancy detectors based on passive infrared and ultrasound dopper proximity sensors are used to control lighting and HVAC to reduce energy use of vacant conference and bathrooms in hotels and motels. Revolutions per second sensors on vehicles wheels are used to control anti-lock brakes and traction control systems. Light curtains based on a modulated infrared proximity detector stop a machine if there is a body part in the danger area. Shaft position sensors in automotive engines are used to control fuel injection, spark and valve actuation. Sheet break detectors stop equipment like paper-making machines, printing presses and aluminium and steel rolling mills. Vibration sensors detect malfunction of rotating equipment.

Proximity sensors vary in size from 8 foot square loops of wire in pavement to detect or count vehicles, to light detectors the size of a small LED. Many inductive sensors are available in standard sized cylinders varying from 3 mm to 30 mm in diameter. They are also available in rectangular packages. Distance measuring sensors are typically a pair of round senders and receivers in a single package. The packaging varies from open PC boards to totally encased devices which meet IP65 — IP69K standards. For hazardous locations, there are intrinsically safe sensors. Proximity sensors also vary in what they can detect and how they detect it. Some of the simplest react to a broken visible or infrared light beam, mounted elsewhere or in the same package with a slot between the source and detector. Magnetic (eddy current, inductive, or Hall effect) sensors detect a difference in the magnetic field by the passage of a metallic object near the sensor or by a change in an electrical current flowing nearby.