Chemical and gas sensors are for sensing various chemical elements in an environment.

Gas sensors detect various atmospheric gases, toxic and nontoxic gases. The chemical content of the gas is also part of the detection process and hence are also known as chemical sensors. Different types of technologies are used to analyze the gas content.

One of the most common types of gas sensor is Carbon monoxide detector (CO detector) is used to check the level of carbon monoxide in the atmosphere in general environment or industrial environments. These are also known to their shortened form as CO sensor, 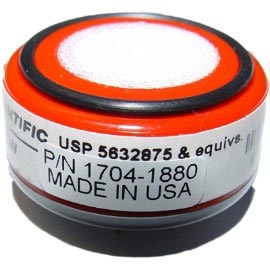 representing carbon monoxide. Carbon monoxide is produced in common equipment such as motor vehicles, generators etc. and is harmful to human beings if inhaled above the permitted levels. Hence it is essential that the occupants of the area need to be alerted as soon as the level of carbon monoxide goes high. The carbon monoxide sensor is available with alarms as a combined unit.
The carbon monoxide detector continuously checks the level of CO in the environment and the signals can then be used on a display screen and for continuous data logging purpose etc. Carbon Monoxide (CO) sensor alarms are sensors combined with audio visual alarms which will generate an alarm if the detected level exceeds the permitted levels. Also, there are NO/NC contacts which can be connected to external alarms and automation systems.
Carbon monoxide detectors are especially used in underground parking systems. We undertake supply and installation of all types of Greystone make sensors.

Oxygen sensors known in its short form as O2 sensors are used to monitor oxygen levels in the environment. Also known as oxygen quality indicators, these keep a watch on the available oxygen limits in a particular environment for safe operation of human beings. The level of oxygen is measured either as a percentage of the total air or in the measuring unit ppm (parts per million) 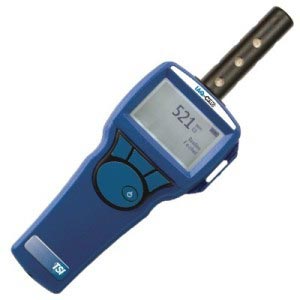 Oxygen sensors are also used to check the quality of oxygen in combustion engines such as automotive, generators etc. where the quality of intake air is instrumental for efficient combustion cycle. Also, the oxygen quality of exhaust of this equipment needs to be monitored to limit air pollution.

Ammonia (NH3) gas sensors are installed to warn and quantify an Ammonia gas release. These gases can be released biologically, industrially or commercially in scientific laboratories, heavy industrial plants or amusement parks/Multi-storey buildings. The NH3 sensors are usually placed near the loading rack and storage area, at the vaporizer, injection section, pipeline outlet and other locations near the Ammonia fluid handling equipment, having significant leak probability. These devices can be both stationary or handheld/mobile depending on the location.

Ammonia (NH3) is a colorless gas or compressed liquid with an extremely pungent odor. Since Ammonia is lighter than air, sensors are normally positioned in the breathing zone, four to six feet above grade, or above the potential leak sources. 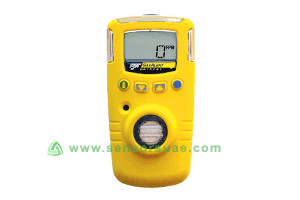 Sensor spacing is determined by the specific hazard locations and the subsequent dangers presented to local personnel.

Any minor leakage of ammonia gas needs to be taken care of as it can seriously damage the skin, eyes and respiratory system. Exposure to high concentrations of ammonia in air causes immediate burning of the nose, throat and respiratory tract. The gas has a density of 0.6 relative to air (1.0) and is flammable above 15% by volume in air.

To prevent any leakage, we can keep a regular check on the cylinders, valves, piping fixtures and the working environment.

Volatile Organic Compounds (VOC) are gas derivatives of solids and liquids found in the air. VOC is generally measured to determine the quality of air, especially in 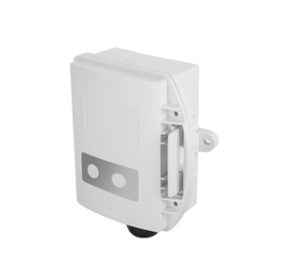 industrial environments. Such gas elements may have short and long terms effects on health. Hence such environments need continuous monitoring of TVOC compounds. We supply TVOC sensors for such applications. We provide complete solutions with control panels connected to exhaust fans. When VOC content is higher than programmed levels, it will activate the exhaust fan through a VFD control panel. This is similar to a CO monitoring system, but with TVOC sensors.

Hydrogen sensors are used for detecting the presence of hydrogen beyond permitted levels. These are especially useful in Oil refineries, chemical factories etc. We have two versions available viz. portable hydrogen sensors and fixed type. The fixed ones are useful in large installations. The portable one are mainly for the safety of the operators. They can check the level of Hydrogen before they enter into any work area. 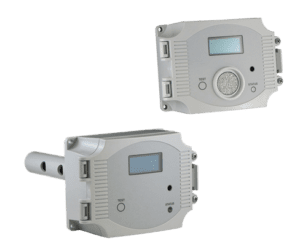 Other types of Gas sensors

MQ sensor is a technology used for sensing gases. There are multiple series of sensors available such as MQ-2, Multi gasMQ-3, MQ-4 etc. The operating principle is that the output current and resistance varies depending on the detected gas. Thus measurement of the output current gives an exact indication of the measured gas.

Sensors for explosive gases with LEL and UEL 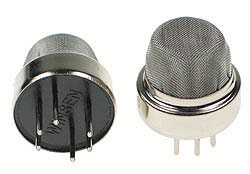 Lower Explosive Limits (LEL) and Upper explosive limits (UEL) are a common terminology used for explosive gases. These indicate the upper and lower limits at which explosion of explosive gases can happen. This is calculated by considering different gases in the environment including oxygen. These are very important characteristics in explosive environments for carrying out a safe operation.

There are many gas leak detectors available which will check multiple gases in a single instrument. An Air quality monitor is one such sensor which will check general environment for Oxygen, Carbon Dioxide and Carbon monoxide. Another model of a four gas detector has LEL (Lower Explosive Limit), O2, H2S & CO.