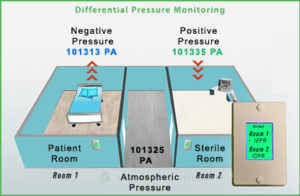 This versatility of pressure sensors which makes it a staple across automation industries is derived primarily from a single fact: its ability to act as a transducer. Transducers are devices which can convert one form of energy to another and pressure sensors are the best in this class. Their ability to convert mechanical or thermal energy into electrical signals at low cost with high reliability and efficiency makes them a crucial component of control systems.