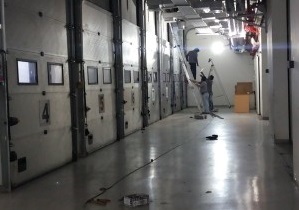 Door interlocking system by modification of existing shutters of warehouses

Normally there will be two sets of doors in the loading and unloading area. One set will be opening to the outdoor where the van or trucks are docked to load the goods. The second layer will be to the indoor area and there will be a space between these two layers of doors. A typical arrangement will be as shown in this drawing.

In order to limit the flow of external air into the warehouse, it is ideal to control the opening of the doors. This can be achieved through different means. We provide different types of the shutter interlock system. 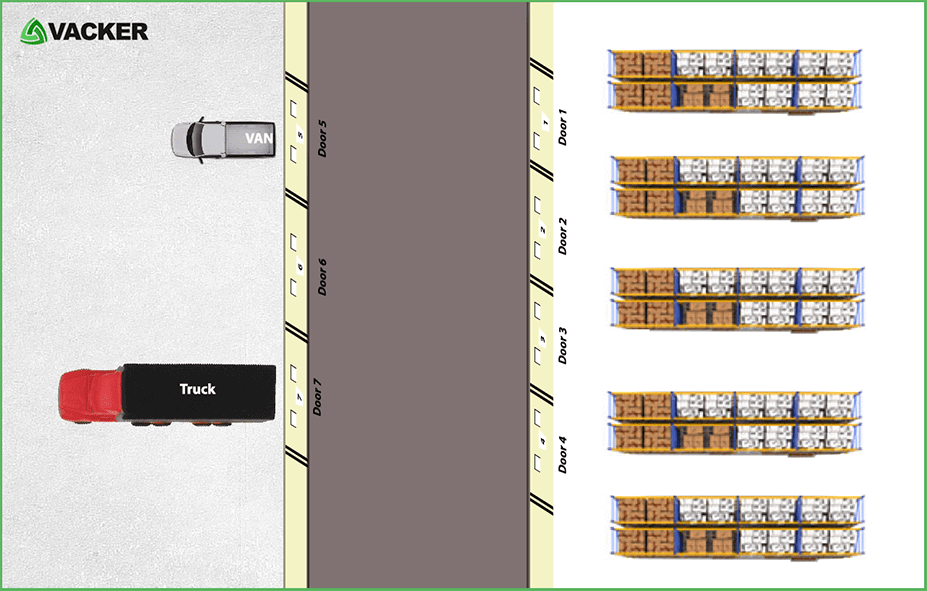 As mentioned earlier, there are two layers of doors. If any of the doors of one layer is opened, it should not be possible to open many shutter doors of the other layer. As an example, in the drawing shown above, if door 5 is opened, it should not be possible to open any of the shutters on the opposite side ie. Door 1,2,3 or 4. Similarly, if door 2 is opened first, the door 5,6 or 7 cannot be opened. This is a door interlock system. This will prevent the simultaneous opening of shutters. If you are using the same for shutter we provide a slightly different shutter interlock system.

We will explain through an operational example. Suppose a van is waiting at Door 5 for loading. Now all the doors are closed. First, open any of the door nos. from 1 to 4. eg. Open the door 1 and bring the medicine boxes to the space between the doors in a forklift. Now close the door 1 and thereafter open door 5. Now load the goods to the van. Thereafter close door 5 and open door 1 and the forklift can return to the warehouse.

For rolling shutters, the control circuit will be provided through the motor. So only one motor can be activated at a time or as programmed. Even if you have door control systems such as Crawford (®), we can still provide the shutter interlock control system.

If you do not want a door interlock system, you can provide a warning system. In this case, if anybody opens doors on opposite sides, there will be an audible alarm. This is mainly to alert the operators especially when you have a huge warehouse. In this system, any number of doors can be opened simultaneously. But the operator will be aware that doors on opposite sides are opened and they should close one of them as quickly as possible. This will prevent the simultaneous opening of doors or shutters.

Also, see our previous article on door automation with the automation of air curtains